This guide is meant to point researchers in the direction of commonly-used Philosophy resources available at Illinois State University. There are also resources and search strategies to support ISU's Religious Studies minor

What's on this page?

How to Build a Literature Review

What is a Literature Review?

A literature review is a comprehensive summary and analysis of previously published research on a particular topic. Literature reviews should give the reader an overview of the important theories and themes that have previously been discussed on the topic, as well as any important researchers who have contributed to the discourse. This review should connect the established conclusions to the hypothesis being presented in the rest of the paper.

What a Literature Review Is Not:

Why Write a Literature Review?

If there are clear trends that change over time, a chronological approach could be used to organize a literature review. For example, one might argue that in the 1970s, the predominant theories and themes argued something. However, in the 1980s, the theories evolved to something else. Then, in the 1990s, theories evolved further. Each decade is a subtopic, and articles should be used as examples.

There may also be clear distinctions between schools of thought within a topic, a theoretical breakdown may be most appropriate. Each theory could be a subtopic, and articles supporting the theme should be included as evidence for each one.

If researchers mainly differ in the way they went about conducting research, literature reviews can be organized by methodology. Each type of method could be a subtopic,  and articles using the method should be included as evidence for each one.

Source: Perceptions of the Police by LGBT Communities 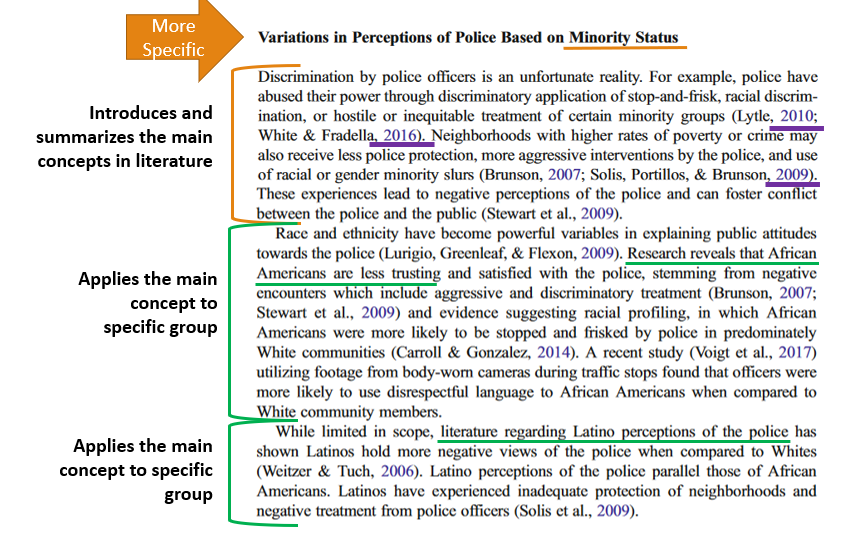 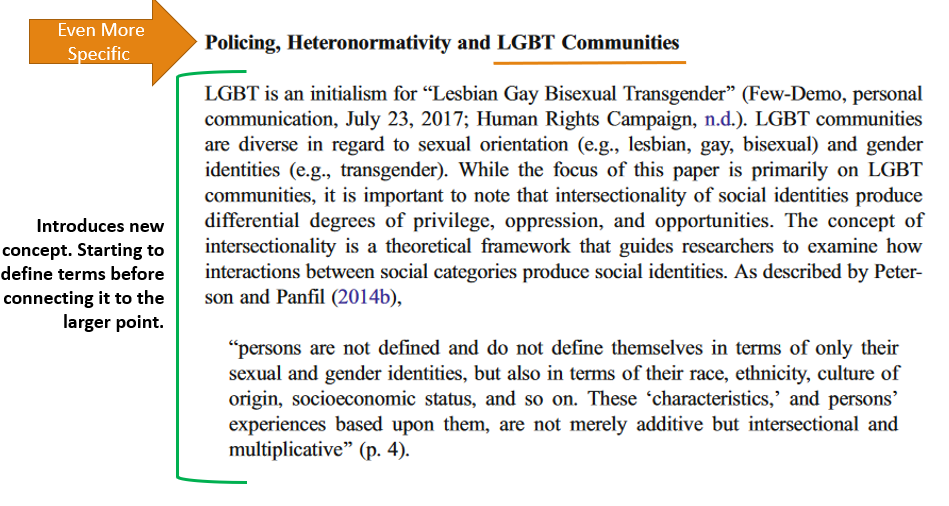 A note that many of these examples will be far longer and in-depth than what's required for your assignment. However, they will give you an idea of the general structure and components of a literature review. Additionally, most scholarly articles will include a literature review section. Looking over the articles you have been assigned in classes will also help you.