Describes the collections and the services at Milner Library, Illinois State University.

The majority of topographic maps in our collection are from the USGS 7.5 Minute series. These maps were produced at a scale of 1:24,000 and cover an area 7.5' x 7.5' (one-eighth of a degree square).  One inch represents 2,000 feet. These maps display elevation, major landmarks, buildings, vegetation, and other large man-made structures. (Google Earth can provide more detailed images.)  Paper copies are no longer produced; the government now produces freely downloadable U.S.topographic maps which are updated on a three-year cycle. (Additional information below.)

The maps are arranged by state and then alphabetical by quadrangle name.

The quadrangles (quads) are arranged on a grid, and if you know your area you can find the quad name using the paper indexes in the first drawer of each state 1:24,000 section. Here is an online example of the Illinois topographic index map.

The U.S. Geological Survey now provides regularly updated free online topoographic maps. These maps are not as detailed as the older paper maps, but new layers are being added on a periodic basis.

Historical Note: Recent U.S.G.S. digital 1:24,000 topographic maps based on the National Map omit several important geographic details that were featured in the original U.S.G.S. topographic map series (1945-1992). Examples of omitted details and features include power transmission lines, telephone lines, railroads, recreational trails, pipelines, survey marks, and buildings. For many of these feature classes, the U.S.G.S. is working with other agencies to develop data or adapt existing data on.missing details that will be included in The National Map and to U.S. Topographic maps.  In other areas U.S.G.S. digital map revisions may omit geographic features such as ruins, mine locations, springs, wells, and even trails in an effort to protect natural resources and the public at large, or because such features are not present in any public domain database. 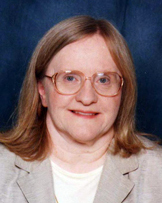