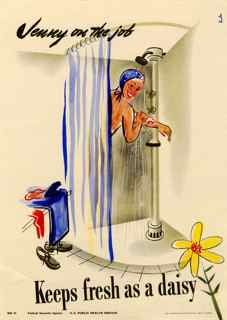 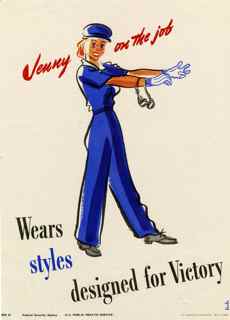 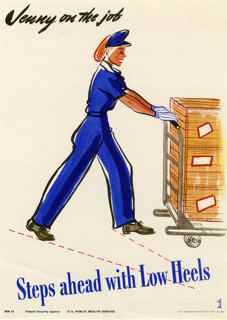 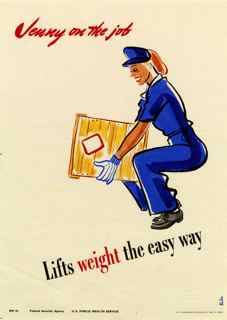 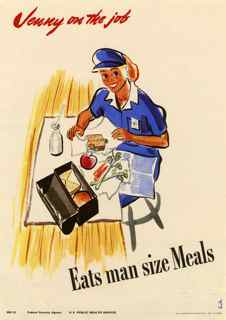 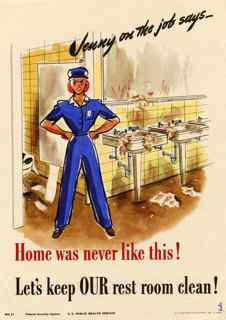 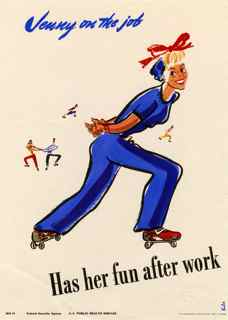 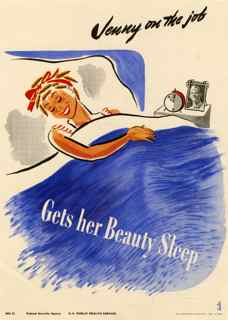 Star of this series is blond-haired, blue-eyed Jenny, serving as the model production worker. She offers an example to other women, probably new to industrial jobs, on working safely and efficiently, doing her best to help the war effort. The government encouraged entry of women into the workforce, replacing men fighting overseas.  “Jenny on the Job” showcases eight posters issued in 1943 by the United States Public Health Services. The artist was Kula Robbins.