Cartoon illustration of Nazi leaders Adolf Hitler, Hermann Göring, and Paul Goebbels. Hitler exclaims “It Is goot to hear Americans are now pudding 10% of der pay into Bunds!”  Goebbels remarks, “Hermann [Goring], you tell him it iss BONDs not Bunds! The bottom text  of the poster states, “For VICTORY… put at least 10% of every pay Into WAR BONDS!”

“Bunds” is a reference to an American Nazi organization established in the 1930s whose main goal was to promote a favorable view of Nazi Germany. 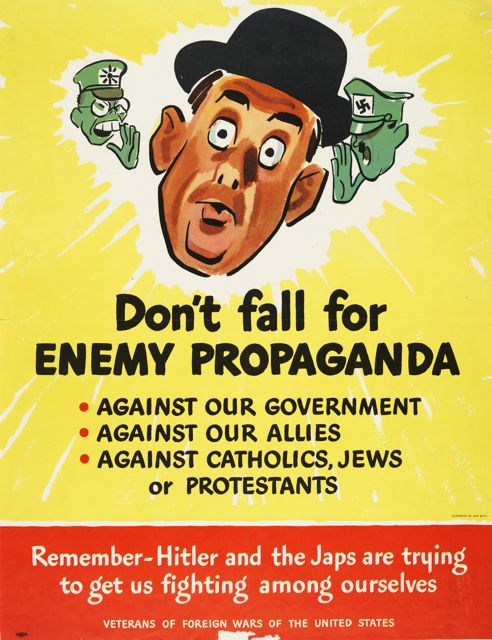 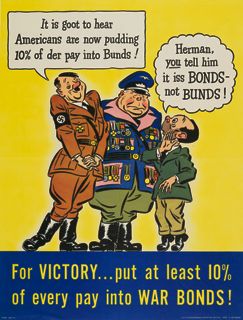