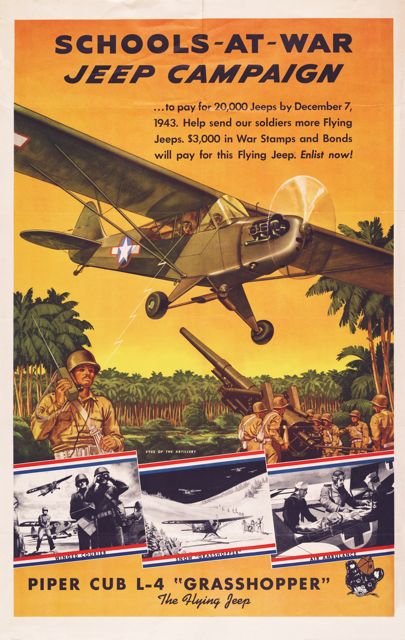 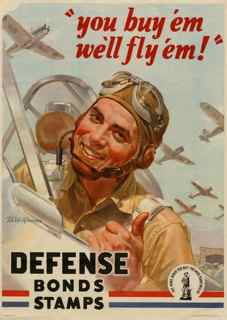 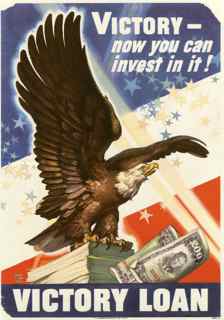 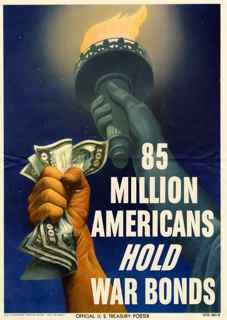 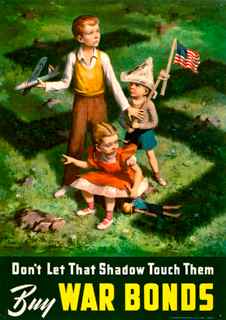 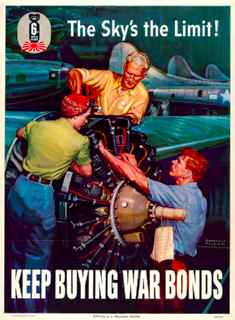 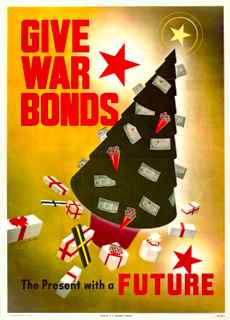 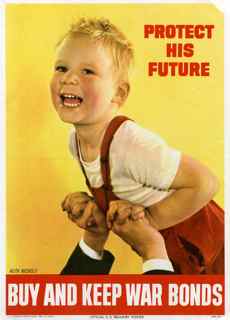 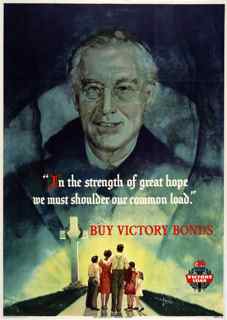 The Treasury Department designed among the most vibrant posters during the war for the “War Bond” drives. Bonds and stamps were instrumental in financing the war and provided a mechanism to help citizens feel involved on the home front. Posters resonate with patriotic symbols such as the Statue of Liberty and American flag, as well as images of hard working and fighting men and women.

Lawrence Smith’s poignant 1942 artwork, “Don’t Let that Shadow Touch Them,” (displayed on the main floor) skillfully intimates the threat of fascism on the American way of life, represented in the poster by three innocent children.

The public bought more than $49 billion dollars of war bonds during the war.