A simple way those on the home front could aid the war effort was by not carelessly revealing details to spies and saboteurs. There were many variations on this theme. In the examples artists contrast a button-lipped cartoon character and a handsome soldier in his prime against scenes of devastation and personal injury.

Careful thought was given when depicting injured soldiers in posters. Some agencies, such as the Department of Treasury, prohibited such depictions in their series of War Bond posters (see Defense and War Bond posters). 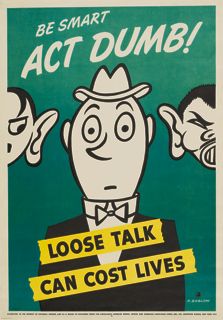 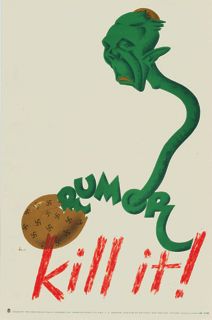 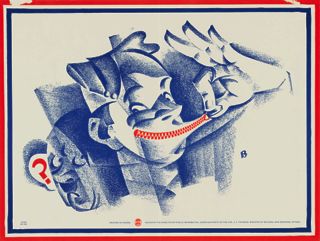 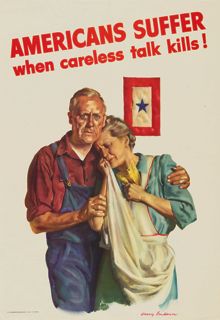 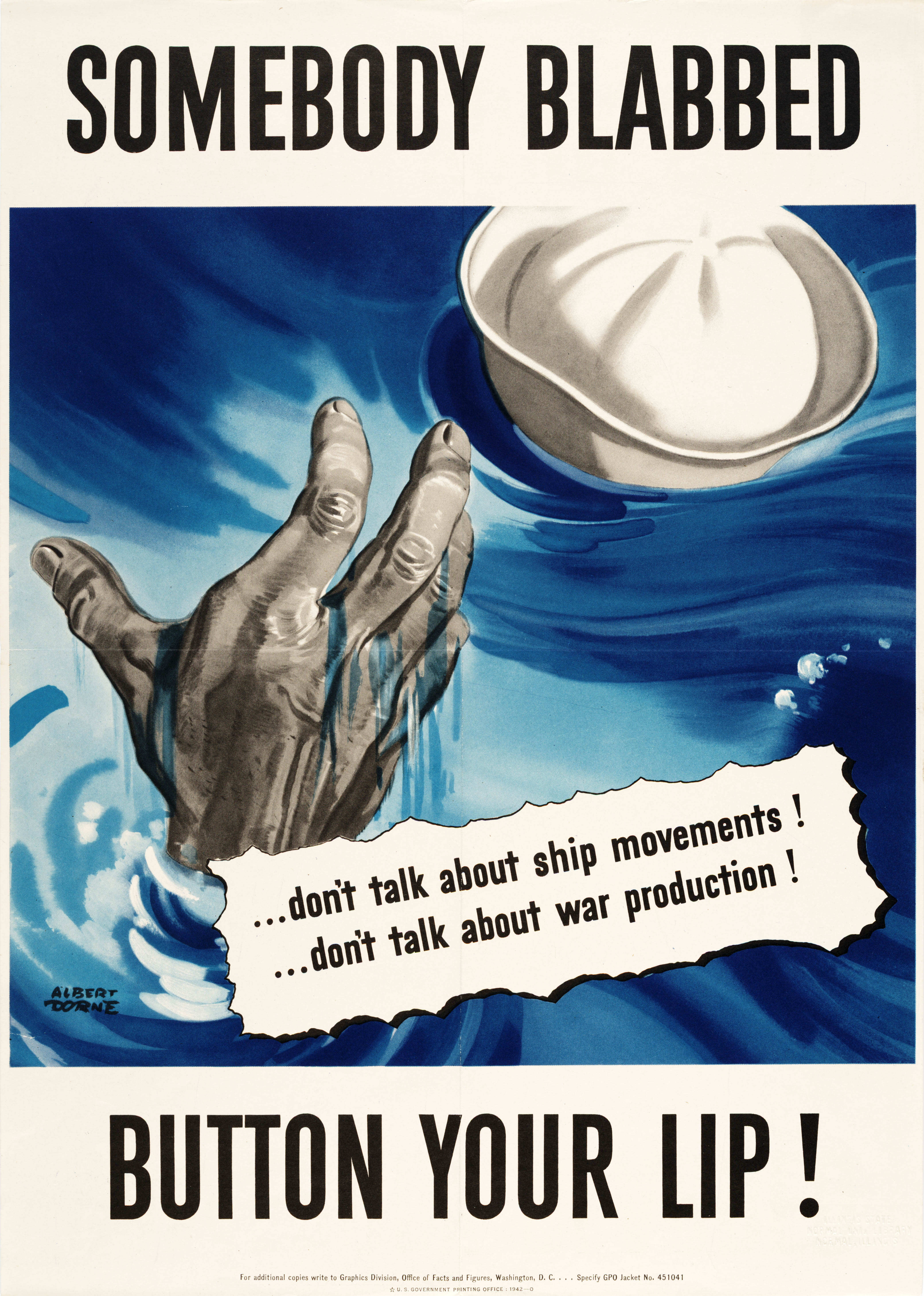 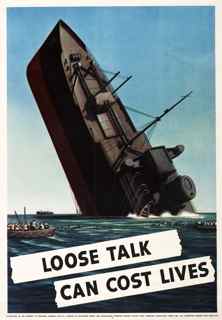